As readers know, we’ve written about IBS (Irritable Bowel Syndrome) multiple times, specifically in response to its high prevalence. IBS occurs more than 200,000 times in the US each year. Partially spurred by processed foods, IBS is naturally more common in developed nations and as readers can guess, continues to grow in incidence. By the numbers, many of our readers will identify with the intestinal pain, gas, diarrhea, and constipation brought on by IBS. Unfortunately, the cause of IBS is not well understood, and likewise, no single cure exists; treatment can sometimes ease symptoms.

As we’ve reported previously, cannabidiol (CBD), one of the most discussed molecules produced by the cannabis plant, has shown promise at healing inflammation and restoring normal intestinal motility, which is the ability of the intestine to move along/process food. Most studies have utilized rodents with CBD administered via body cavity injections. Currently researchers are seeking to establish whether these results can be duplicated in human subjects, as supported by anecdotal evidence. However, duplication poses an obvious practical issue in humans due to method of administration. Injecting CBD into the stomach each day? Yikes. Toward the goal of transitioning studies to humans, the next logical step is to test oral CBD on mice. Should this method prove to be as effective as injection, researchers will possess a stronger indication of oral CBD as a plausible treatment of IBS in humans.

One research group, from Naples, Italy, set out to conduct such research. However, rather than only test pure CBD, the research group also tested a high CBD extract made from cannabis (standardized to contain 63.9% CBD). This extract is similar to high grade CBD oil currently available in the medical cannabis market. As we’ve previously reported, initial research into the metabolism of cannabinoids suggests that CBD may experience an “entourage” effect in the presence of other cannabinoids. Numerous research groups have reported the phenomenon of CBD extract out-performing pure CBD in pain and inflammation applications. While this observation appears well supported, we do not fully understand why it is occurring. Additionally, proponents of medical cannabis have an obvious interest in reporting greater success of a plant-based CBD compound vs. a lab-produced one. That said, reports touting the entourage effect have come from all areas of research.

To replicate IBS in mice, researchers induced colitis or intestinal inflammation via administration of DNBS (dinitrobenzenesulfonic acid), an inflammatory chemical that causes damage to the intestine but rarely death. The administration of DNBS “caused both a significant decrease in body weight and a significant increase in colon weight/length”, which can be used as a measure of inflammation. Treatment of mice with the CBD cannabis extract given by injection at 5-30 mg/kg “did not modify the loss of body weight” but reduced the increase in colon inflammation. Oral administration of the extract at 10-60 mg/kg performed similarly. Unfortunately, pure CBD, regardless of injection or oral, had no effect on either parameter.

However, as mentioned, aside from inflammation, researchers chose to measure intestinal transit. A successful IBS medication should not only ease pain but also restore motility. To accomplish this measurement, researchers fed mice food mixed with charcoal. Upon sacrificing the mice at the end of the study, researchers cut open the colon to see how far the leading edge of the charcoal had moved, dividing this distance by total length of the colon in each mouse. This allowed researchers to adequately compare intestinal movement in rodents of different sizes. To mimic the accelerated intestinal movement caused by IBS, researchers applied croton oil, a particularly pungent oil from the croton tree, then applied CBD and CBD extract. CBD extract, again, both in injected form and administered orally via stomach tube 30 minutes before charcoal meal ingestion, reduced the excess movement brought on by croton oil in a dose-dependent manner. Pure CBD, in this case, duplicated these effects, although only at the 5 mg/kg dose.

To answer our original question, this investigation would seem to imply that oral administration of CBD and CBD extract can be as effective as body cavity injection in rodents, which would therefore suggest the same in humans. This is a good sign for those suffering from IBS. Of course, not all rodent experiments duplicate in humans. Perhaps more importantly, however, we are again seeing a large performance difference between pure CBD and CBD extract. Further research may therefore focus on comparing different types of extracts with different ratios of cannabinoids to pure CBD. In any case, plant based medicine should not be overlooked. Medical cannabis patients experiencing IBS may currently attempt to treat symptoms by using a high CBD extract. Of course, this treatment should not replace any traditional treatment recommended by physicians, and as always multiple medicinal approaches may complement one another. 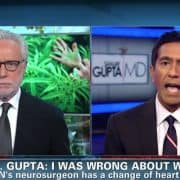 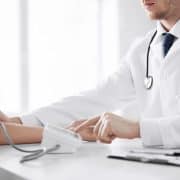 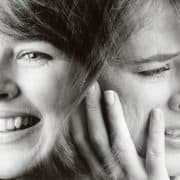 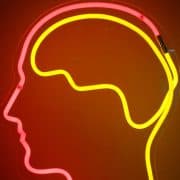 Emerging Neuroprotective Agents from Cannabinoids
Cannabis Use and Executive Function