Lately movies like The Wolf of Wall Street and TV shows like Narcos have managed a difficult task: making villains likable. In some cases, despite all morality, we find ourselves rooting against the clear “good guys” and hoping the “bad guys” will continue to cleverly outfox all authority. How can the writers create such a shift in audience support? Back-story. By taking us along the personal development of the character, we understand what the character dreams for himself/herself and what the character is running from. We see fear and hope in the same troubled character, and this gives us a foothold into understanding his/her decision-making. In absolute contrast, in most Disney movies, villains seem to spontaneously show up bad. We have no mixed feelings, because we have nothing to feel that is good.

Likewise until recent advances in neuroscience and psychology, we’ve had little explanation for a variety of illnesses and shifts in behavior. Most scientists of the early 1900’s would not have believed that a poor social interaction during adolescence could physically affect brain development. In fact, to suggest that anything non-physical could have a physical consequence years later would have seemed far-fetched. However, as we now know, the brain is very plastic and responds to environmental challenges. In childhood and adolescence, the brain is creating a structure in response to the environment in an attempt to best prepare itself for future needs. However, as we’ve seen in other illnesses, the brain does not always develop ideally. Harmful socialization may cause permanent damage.

Last month, the University of Heidelberg in Germany, along with other German researchers, conducted an experiment to evaluate how adverse social experiences might affect social competence, pain sensitivity, and endocannabinoid signaling in adults. Since studying adverse social experiences on actual humans would be entirely unethical (traumatizing someone for the sake of an experiment), researchers used animal models of adverse social experience. Though there are multiple animal models of negative social interaction, this research group came up with a novel approach. From “postnatal day 21” to “postnatal day 50”, adolescent female Wistar-variety rats were either raised with other similar Wistar rats or with a group of Fischer 344 rats, which do not associate with Wistar rats. By being raised for this time period in a Fischer 344 group, the Wistar rats are denied socialization during adolescence. Afterwards, researchers applied a battery of behavioral and molecular tests to evaluate differences between the two groups of rodents.

To test social play behavior, researchers videotaped cages to analyze randomly selected animals from both groups. Specifically, researchers counted signature play behaviors and patterns and used these to quantify social activity and wellness. Researchers also studied social interaction and recognition in a similar fashion, by placing two previously unmatched rodents alone in the same cage, studying their behavior, then repeating the process with the same two rodents later to note signs of social memory/recognition. Finally, rats were euthanized for harvest of brain tissue. These tissue samples were then used for both Western blot analysis and for sampling levels of anadamide and 2-arachidonoylglycerol (2-AG), the body’s own naturally-produced cannabinoids.

As it turns out, despite displaying a higher rate of locomotor play, Wistar rodents forced into Fischer 344 groups responded “significantly less when cage mates directed playful attacks at them than was found for the Wistar rats in the control condition.” In other words, they were less socially responsive to other rats play. More alarmingly, the Wistar rats in the Fischer group displayed an increased number of “attacks”, identified by neck biting. This might indicate that these rats are more aggressive than normal or for what would be appropriate among their own kind. Likewise, the rats also sniffed and investigated other rodents less, showing less interest in others. Finally, in the social recognition test, the Fischer-surrounded group showed a lower rate of social recognition/memory!

What can we conclude from this? Adverse social development during adolescence can lead to entirely different personality profiles in rodents. Rodents’ entire socialization patterns may change, and so far, the changes appear objectively negative. Rodents are severely impaired by being denied adequate social activity.

Physically-speaking, the socially impaired rodents also displayed higher levels of anandamide, greater quantities of cannabinoid receptors, and lower levels of the enzyme that breaks anandamide apart. All together, this would have the effect of increased stimulation of the endocannabinoid system. Why this would be an adaptation is not immediately clear, but the concept is fascinating. Literally, the number of cannabinoid receptors in a brain may permanently be greater or less based on socialization during adolescence.

This study is incredibly important because it highlights how powerful social experiences can be in terms of establishing our personalities and moods. To be social is critical for humans; we developed in social settings, helping each other to survive. In modern times, positive social affiliation continues to contribute to survival and mental health. Our brains are wired to be highly sensitive to social interactions, and adverse interactions during development can clearly be devastating. It is no surprise then, that to see a likeable villain’s backstory is almost always to see a string of the strongest, most critical social interactions that shaped the villain. Likewise, in real life, we might have more compassion for those around us by remembering that others’ childhood experiences could very well be responsible for physical damage that they currently live with. 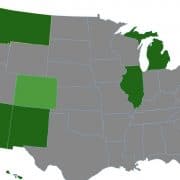 Using the Endocannabinoid System to Track Different Types of Tissue 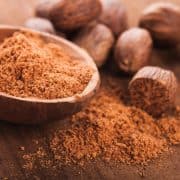 Nutmeg and …The Endocannabinoid System?

Does the Endocannabinoid System hold the Secret to Ending Migraine Headaches?
A Practical Look at Cannabis Extract and Sleep

Update on MS Treatment: The P13K Pathway
Scroll to top