As people age their brains perform common tasks more efficiently, but also lose the opportunity for new growth and expansion. This is a normal and healthy part of brain development and is thought of as the “maturation” of the brain. In older age, brains continue to lose mass, which may be the medical basis behind becoming more forgetful or showing personality change (think of the stereotype of an ornery, older gentleman). However, when brain shrinkage is too rapid, the result is dementia. Dementia is a term that refers to a broad category of diseases that can impair an individual’s ability to think and reason clearly, to the point that it interferes with daily life and basic functioning. Since everyone’s brains naturally have different abilities and cognitive patterns, the diagnosis of this type of disease is based upon previous healthy functioning.

One particular form of dementia, Alzheimer’s Disease, is especially common, affecting roughly 26 million people worldwide. Unfortunately, as common as the disease is, there is no cure for it. Symptoms also gradually progress to be more and more debilitating, ultimately leading to early death despite otherwise normal health. Some of the earliest symptoms, such as memory loss and inability to recognize loved ones, can be especially heart-breaking, although the truly life-threatening symptoms develop in end stages as the brain loses ability to regulate the body. As patients become less and less able to take care of themselves, with even basic matters such as using the restroom, they require increasing levels of assistance from others. This positions Alzheimer’s as one of the most common, most labor-intensive, and most devastating diseases.

In the past, researchers have speculated that heavy drug use can contribute and lead to Alzheimer’s, as well as daily use of commercial products such as some deodorants containing aluminum compounds. The truth is that very little is understood at this point in time, and the pool of research is rife with disagreement. Since some strains of cannabis can cause patients to become “spacey”, it is tempting to think that cannabis could contribute to development of Alzheimer’s and as a result, urban myths that smoking too much cannabis can cause “burn out” and dementia. Yet, the research before us indicates otherwise; the Cajal Institute of Spain has identified properties of cannabinoids that are preventative of Alzheimer’s disease.

This preventative effect is related to many of the other neuro-protective effects of cannabinoids discussed in previous articles. Specifically, microglia activation is a constant feature of Alzheimer’s and cannabinoids have been shown to prevent some of this activation. Microglia can be thought of as the live-in security guards of the brain and central nervous system. They are killer immune cells that dismantle or “eat” tissue born disease. Unchecked and over-stimulated, however, they begin to dismantle and destroy healthy cells around them. An ideal medication to slow the rate of this destruction would be one that prevents over-activation of these immune system cells.

The Cajal Institute conducted tests of microglial activation both in vitro and in vivo, which essentially means both in isolated cell cultures and also in living mammals. During experiments with cell cultures, researchers cultured microglial neo-natal cells from rodents. Afterwards, cannabinoid receptor activators WIN and JWH were applied to cell cultures, rather than applying cannabis preparations directly, which are more difficult to standardize and quantify. WIN is a chemical that activates the CB1 and CB2 receptors both, while JWH only activates CB2 receptors. These two chemicals were therefore chosen because most cannabinoids found in cannabis activate either both receptors or show a preference for CB2. Results from observation of the cell cultures showed that both chemicals aided cell migration of microglia, as well as inhibit an increase of calcium ions released by cells. Although to an untrained eye, these may sound like relatively inconsequential changes in the cultures, both of these changes have been established to have a positive effect on limiting the development of Alzheimer’s.

During experiments with living rodents, the research team injected the rodents with beta-amyloid, a chemical produced in the body thought to most directly contribute to the microglial activation that causes Alzheimer’s. Essentially, this creates Alzheimer’s within the rodents. Afterwards, the group subjected the mice to maze tests to gauge cognitive functions. Those administered the Alzheimer’s-causing chemical showed deficiencies and took longer to complete the mazes, which is analogous to the loss of basic functions in humans with Alzheimer’s. However, those injected with cannabidiol (CBD) at a dose of 20 milligrams per kilogram of body mass showed no impairment and behaved similarly to the control rodents that were not injected with Alzheimer’s-inducing chemical at all. While this does not mean that smoking a joint a day will necessarily reduce someone’s chances of developing Alzheimer’s, these two studies do point in a very strong direction that cannabinoids, specifically CBD, aid healthy brain functioning.

Contrary to urban legend, cannabinoids are being slowly established by researchers to be neuro-protective rather than neuro-degenerative. This new research adds yet another small piece to a growing body of evidence suggesting that cannabinoids or some variant of cannabinoids will be used to develop new pharmaceuticals that specifically target diseases such as Alzheimer’s. 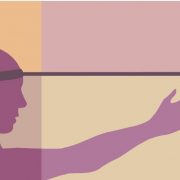 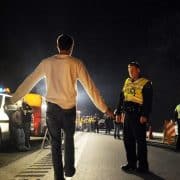 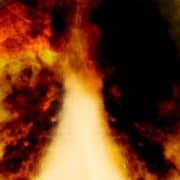 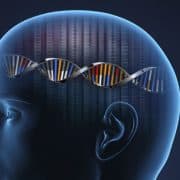 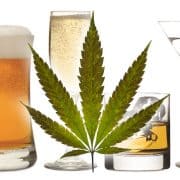