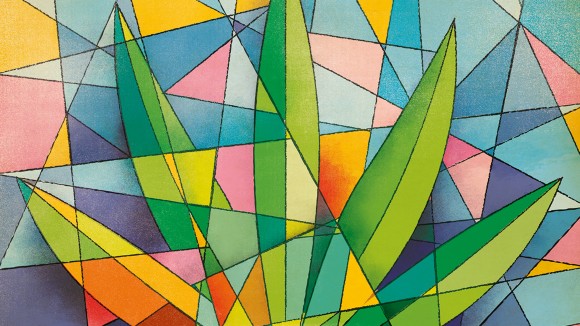 In the field of cannabis research and cannabinoid science, few researchers have made as large an impact as Dr. Ethan Russo. Russo has written field-defining papers about standardizing cannabis, pain management with cannabinoids, and the proposed synergy of cannabinoids. Russo’s insights range from medical and chemical hurdles of the field to political and government challenges inherent in bringing these medicines to market. Russo also played a key role as research director at GW Pharmaceuticals for over a decade. GW Pharmaceuticals created Sativex, an oral spray consisting of THC and CBD in a 1:1 ratio, that remains one of the only cannabis-based pharmaceutical products available in most countries. As a past president of the International Cannabinoid Research Society and past Chairman of the International Association for Cannabinoid Medicines, he continues to write and travel world-wide to discuss the field.

In 2016, Russo released a report titled, “Current Therapeutic Cannabis Controversies and Clinical Trial Design Issues”, intended to serve as a collection of recommendations regarding the future of the field. In the report, Russo breaks down many of the issues that have hampered cannabis and cannabinoid-based medicines’ acceptance into Western medicine. Due to the thoughtful writing and easy-to-read nature of the report, we would encourage anyone interested in learning more to take a look at this paper. However, for the sake of convenience, we have summarized the most important topics below:

Russo argues that due to past and current legal constraints, many of the labs that test cannabis for major cannabinoids are technically doing so illegally. As a result, the quality of comparison standards is sometimes unreliable. Additionally, heavy metals are usually excluded from these tests. As readers may know, cannabis helps restore soil “health” and prepare land for other, more-demanding crops by accumulating generally undesirable metals in its growth. This is a great reason to include cannabis in a commercial crop rotation. Unfortunately, as a result, these metals tend to wind up in cannabis flowers and can pose health consequences. For this reason, the soil that cannabis is grown in is important to quality control.

Harmful Fertilizers Are Common Even in Medical Markets

Cannabis growers face a number of insect challenges from their environments, such as spider mites, small mites that eat holes in cannabis leaves and flowers, draining nutrients and creating an unusable crop. Cannabis flowers are not as easily protected or washable as other fruit crops, and pesticides that may be effective at controlling pest populations are also easily absorbed into flowers. While this may seem like a catch 22, a multitude of organic means exist for controlling these insects. For instance, many growers employ natural pesticides such as Neem soaps or even lady bugs, which are a natural predator of spider mites and keep the crop from being eaten. Unfortunately, growers in the illegal market and even the medical market sometimes cut corners, which makes lab testing for pesticides important. One 2015 study in California “demonstrated presence of eight pesticides in 33% of samples.” Furthermore, out of 26 Washington State samples, “22 tested positively for pesticides,” which is 84% of samples! Worse still, many of the samples tested in the levels of tens of thousands per billion, “exceeding the upper limit of quantification”. Russo is careful to point out that this does not preclude cannabis as a serious medicine, and these problems are not inherent in cannabis grown correctly. However, for good reason, pesticides are not allowed in pharmaceutical grade medicines, and until greater quality control by states is reached, cannabis flowers are unlikely to attain a pharmaceutical certification.

High Doses Are Not Necessarily Better for Therapeutic Means

People who are using cannabis medicinally, as opposed to recreationally, are not looking for a spike in blood plasma levels and actually may avoid using medicine with psychoactive effect. Studies with Sativex have also indicated that patients are happier with lower dose windows and that the number of adverse effects can be reduced greatly by lowering dose without reducing therapeutic benefit. Unfortunately, smoking and vaporizing make achieving a low dose difficult, and the profile of the amount in patients’ blood is a sharp vertical spike, as opposed to a gradual rolling hill. Edible preparations in general, Russo posits, can provide lower doses over a longer period of time, which perhaps makes them more suitable for therapeutic dosing.

Vape Pens Do Not Always Vape

In the past we have written about the convenience of portable vapes, and the benefits of vaping as compared to smoking. While no one can argue that vapes produce less toxic chemicals and lung irritation than smoke, Russo points out that many portable vapes are not actually vaping. Given that less expensive portable pens achieve heat coil temperatures well into combustion range, some of the product, especially that directly against the coil, is actually combusting. Consumers may keep this in mind when choosing what type of pen to use, although in terms of convenience and safety compared to smoking, even inexpensive pens represent an improvement to traditional joints.

Placebo Effect Is Alive and Real

Cannabis represents a particular challenge to objective testing, since most test patients are able to correctly guess when they have been given cannabis as opposed to a false placebo. The psychoactive effects of cannabis and cultural association of cannabis as a “wonder plant” then bias self-reporting, and this effect is particularly observable in pain studies. Russo gives a great example of this effect: Many families have moved to Colorado, where cannabis is legal, to aid children with treatment-resistant epilepsy. Of these, 47% have reported a response to medical cannabis vs. 22% of families already living in state. In other words, the hopes of treating their children with cannabis has directly biased their opinion of the results. Once again, this is not at all to say that treatment of epilepsy with cannabis is unhelpful, merely that the response rate is at times inflated by as much as 100%.

Cannabis Does Not Appear Harmful to Cognitive or Immune Systems

Despite numerous long-term studies, cannabis has not been shown to be harmful to cognitive behavior. Many studies stating such claims are often constructed poorly and fail to control for other factors. For instance, studies showing students who smoke cannabis performing poorly in school do not show the same strength of data when controlled for alcohol and tobacco use. In other words, the students who choose to smoke cannabis may be a self-selected pool with less focus on academic studies in the first place. Similarly, cannabis has not been shown to affect the immune system in terms of increasing susceptibility to illness.

It is important to note that a lot of these observations point toward the solution of using an oral cannabis extract like Sativex, which Russo himself helped develop. In fact, Russo directly points out the benefits of such preparations several times. Sativex is free of pesticides, has a reproducible makeup, is easy to achieve low doses with, does not produce combustible material, etc. While this may seem like a reporting bias, the reality is that other countries, including the U.S., are infinitely more likely to cooperate with regulating an oral extract of cannabis as opposed to pure cannabis flowers. Flowers pose too many hurdles in terms of quality, regulation, and recreational abuse to be incorporated into traditional pharmacology.

However, readers should keep in mind the difference between FDA/pharmaceutical approval and therapeutic benefit. If readers find pain-management through cannabis affordable and effective, they might instead interpret Russo’s paper as a guideline for selecting quality medicine. For instance, one way to avoid pesticide and heavy metal uptake is by selecting strains grown organically from dispensaries with a reliable history and transparent growing guidelines. Additionally, as stated before, readers may opt for more expensive varieties of portable vaporizers that use convection heating as opposed to conduction/direct heating. All in all, the benefits of using cannabis based medicines will still outweigh the pitfalls for many patients. However, as always, a more informed consumer base is a healthier consumer base.

Cannabis And “Creativity”
Scroll to top