I’ll declare bias early: I use cannabis to help me sleep. There is nothing more relaxing to me than medicating with a strong indica before bed, winding down, and feeling content over a hard day’s work. Many readers will be able to identify with that experience. In fact, trouble getting to sleep may be what led many of you to cannabis in the first place. Insomnia is listed as a qualifying pre-condition for prescription in many medical cannabis states. Cornerstone patients often specifically request strains that will help with this condition. So how, why, and what is cannabis doing? Why is this a phenomenon?

The short answer is… there is no short answer. Insomnia can be caused by a lot of different factors. In some cases it can be genetic, with patients that are simply pre-disposed to more waking hours. In other cases, it can be environmental. As numerous blogs and movies seem to be pointing out, we live in a fast-paced, high stress society where one can’t truly “clock out” from work anymore. You might be reading emails and thinking about work literally right up until bedtime. In this case, insomnia is being caused by the inability to disengage with the struggles or challenges you are currently facing. On the other hand, insomnia may also be caused by chronic pain, whether from disease or injury. Patients may be woken up by sharp pains and may be unable to fall back to sleep. Likewise, PTSD patients may not be able to get restful sleep due to night terrors. Insomnia, therefore, is not really a condition, but a symptom of other conditions, known or unknown, habitual or otherwise.

As complicated as that is, throw cannabis into the mix and things become even more complicated. First, some chemicals found in cannabis have opposing effects. Secondly, what does it mean to solve insomnia with a substance, cannabis or otherwise? Both diphenhydramine (over-the-counter sleeping pills) and Ambien (prescribed) are known to affect quality of sleep, meaning that patients may succeed in getting more hours of sleep, but that the benefits of that sleep are lower. In other words, a full night’s sleep on sleeping pills does not equal to a full night’s sleep that is naturally occurring. Without knowing specifically how long and in what stages of sleep someone is in and how that compares with his/her normal sleep patterns, the answer of what substance to use for the treatment of insomnia is very difficult to give. Physicians tend to take in all the information available and make the best guess possible for specific patients, responding to patient feedback with what has or has not been working. We’d advise you to do that for yourself as well as by taking note of what strains, doses, and timings work or do not work for you.

However, for the purpose of this first article, we will review the general history of cannabis and sleep research and discuss the ways in which the endocannabinoid system affects sleep.

In the 1960s, 70s, and 80s, researchers conducted numerous tests on THC and sleep. Although the researchers may have originally hypothesized that cannabis would degrade the quality of sleep (like alcohol), they found the opposite to be true. The outcome of these studies is that it is now widely accepted that a dose of 70 mg of THC a day can extend sleep. At the time, not all cannabis trials with flowers achieved the same result, although pure THC trials were fairly consistent, which suggested that all cannabis did not have the same effect or same chemical composition. In retrospect, this is a fairly obvious point, but at the time, without knowledge of the endocannabinoid system, researchers were perplexed.

More recently, scientists began to show interest in cannabidiol (CBD), which led to tests with CBD and wakefulness. We will spend more time discussing CBD for daytime use in later articles. However, the bottom line for readers is that CBD has been shown to have opposite effects to THC in the area of sleep; it can increase wakefulness and mental alertness. This clears up why cannabis and sleep research produced confusing results when the entire flower was used, as different flower products would naturally have different levels of CBD. However, it also raised the question of what other cannabinoids would increase sleep and what others would increase wakefulness…and why?

Different strains of cannabis are capable of achieving different goals in regards to sleep. For those looking to medicate before bedtime, this research suggests that the most beneficial strains will be those high in THC. However, for individuals experiencing chronic pain alleviated by CBD, taking it before bed may still increase sleep quality, because decreased pain during sleep will mean fewer interruptions in sleep cycles. As noted above, ultimately you will be the best judge of what helps or does not help you get to sleep, as well as how rested you feel the next morning.

Eric Murillo-Rodriguez. (2008) The role of the CB1 receptor in the regulation of sleep. Progress in Neuro-Psychopharmacology & Biological Psychiatry (2008) 32:1420-27. 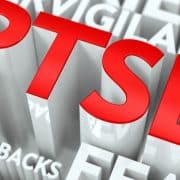 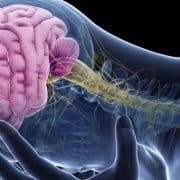 Getting to Sleep with Cannabis Part II: PTSD
Scroll to top