As a blog concerned with new developments in cannabinoid science, we tend to do a lot of writing about future treatments, or new scientific developments that may eventually lead to treatments. Part of the issue is that large-scale, clinical testing of new cannabinoid based medicine is still years away in a lot of areas, particularly in cancer-related fields. That’s why reading a good, new large-scale study is always exhilarating. In this case, a recent study from the University of Bari in Italy took a look at a large scale, real-world application of a THC/CBD oral spray in treating adults with treatment-resistant Multiple Sclerosis (MS). In the past, we’ve written about treating MS models via lab mice with THC and CBD, and also the theory behind that treatment. So being able to finally see how things play out in real life with real patients is particularly rewarding for us and is yet another confirmation of the efficacy of cannabis based treatments.

To review, MS is an auto-immune disease in which the body’s immune system is confused into turning against the body and attacking cells. In particular, MS is caused by the immune system stripping neurons of their outer protective linings, which normally prevent “signals” from being crossed or lost in the brain, both for conscious and unconscious tasks. This stripping eventually results in loss of physical mobility and function and can prevent patients from fulfilling active, healthy lives. Spasticity, which affects about 2/3rds of patients, is particularly problematic. Unfortunately, at this time not many treatments are available that are effective. Aside from instructing patients to try to avoid seizure triggers, doctors often prescribe anti-spastic pharmaceuticals and muscle relaxers as a method of decreasing seizure rate. However, these medications, specifically benzodiazepines, are sedative and hypnotic, and come with risk of physical dependence and withdrawal. Additionally, many patients’ conditions are treatment resistant, meaning these medications make no difference in the first place.

As a result, the medical community has been searching for more effective treatments. Enter cannabis. Cannabis is a well-established anti-inflammatory agent and has been shown to help dampen immune system over-stimulation in a multitude of conditions. Initial lab tests also confirmed that THC and CBD were helpful in animal models of MS. As a result, the authors of this study decided to conduct a large-scale human trial. At the time being, Sativex, produced by GW Pharmaceuticals, is one of the most respected and convenient cannabinoid based treatments for conducting such a trial. Currently available in 15 countries, Sativex is a 1:1 preparation of THC:CBD which can be sprayed orally multiple times daily. Realistically, Sativex faces a much easier time acquiring approval than cannabis in many countries, both because cannabis is more difficult to standardize, and also because cannabis itself carries a lot of cultural baggage as a recreational drug.

The MOVE 2 EU study is a multi-institution, non-interventional study of patients in Europe with MS spasticity receiving THC:CBD oral spray in an outpatient setting. Non-interventional means that patients’ current treatment plans are not altered, rather Sativex is added to their treatment to see what changes. The MOVE 2 EU study specifically aims to “determine the effectiveness of THC:CBD, collect data on tolerability/safety, determine patient satisfaction with THC:CBD, and determine resource use by patients over a 3-month period after adjustment” to the spray. The set up, of course, is straight-forward. Patients are prescribed Sativex and data is collected three times: once at the beginning of the study, once one month later, and finally three months later at the conclusion of the study. Data collection consists of not only patient surveys, which answer questions about patient satisfaction and usage, but also two tests known as the Modified Ashworth Scale (MAS) and the Numerical Rating Scale (NRS), which rank spasticity severity and spasticity numerically in a more objective manner. Other scales are used in addition to establish mobility and pain and fatigue symptoms.

While the study will eventually expand to multiple countries, Italy was the first to reach the initial target of 300 enrolled patients, with a total of 322 patients responding and 203 patients following the study through to completion. In this case, the trial population was mostly female with an average age of around 50.

Without further ado, here are the graphs showing patient spasticity scores as evaluated by the NRS and MAS scales.

As you’ll notice, spasticity dropped significantly in both cases after three months of treatment, proving that in a large population, Sativex appears to be capable of making a significant difference! Of course, you’ll also notice that the “n” number under each bar, which stands for the number of patients data was available for, decreases with each successive data point. This occurs as patients drop out of the study for various reasons, mostly due to lack of impact or inability to tolerate the side effects of Sativex (although in some cases due to pregnancy). Assuming those patients were to be factored in, the drop in spasticity would be lower. What that means is that Sativex is helpful to a little under 70% of patients, with another 30% either seeing no real change or being unable to tolerate treatment. For the rest, a roughly 20% improvement is observed on average, indicating that the treatment “works” in a clinical sense. In fact, after three months’ treatment, over half of the original population “were deriving sufficient benefit in the opinion of their treating physicians to warrant continued use”. However, beyond asking if Sativex simply works, researchers sought to understand how practical the treatment is for MS patients and how likely they are to adhere to using it. In this particular study, patients averaged between only 6-7 sprays a day, which combined with the portable, quick method of administration, makes it a very reasonable treatment.

As the study spreads to other countries, we’ll keep you posted on new developments. However, we already expect to see more real-life studies based on the outcomes here, particularly in America. In the meantime, patients with treatment-resistant MS may benefit from discussing cannabinoid preparations with their physicians. 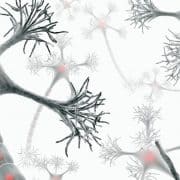