When I was growing up, one of the ‘reefer madness’ propaganda claims that used to scare teens away from cannabis was that it could make male users develop extra fatty breast tissue (yes, you read that correctly: man boobs) and lose sexual interest. Over the years, I can’t say that I’ve noticed a “body-type” that belongs to cannabis users and I’ve met plenty of daily smokers with strong sexual appetites. This has gone a long way to decreasing my fears about chemically castrating myself, but I continue to wonder: what was the basis for that claim? Perhaps it was the result of a drastic oversimplification of a study that anti-cannabis activists had latched onto and distorted… if so, what was that original study? Are cannabinoids involved with sexual expression or motivation? The answer to that question appears to be yes, with several large hints given to the interaction between cannabinoids and sex hormones.

The real question, however, is not whether effects are produced but what effects are produced. This question is not as simple to answer. In preparation for this blog, I reviewed quite a few studies on the topic, some with results that directly disagreed. The longer I searched, the more nuanced and confusing the issue became. If you’re looking for the short, over-simplified answer, smoking or vaporizing cannabis likely decreases sexual appetite and sperm production in males. In females, cannabis likely increases sexual appetite in small amounts but has the opposite effect in larger amounts. There is also evidence that endocannabinoid action helps aid fertility in women. The reason this is the over-simplified answer is because the effect of sexual hormones varies depending on timing of the reproductive cycle. It is always important to remember that animal studies are not the same as human studies, and this is especially relevant with sex hormones. For instance, in animal females the highest endocannabinoid levels occur during one part of the reproductive phase, and in human women, during another. Therefore, human studies should be given even more weight than usual over animal studies. Regardless, below we’ll review the speculated effects endocannabinoids and cannabinoids create in the body’s main male and female sex hormones.

Androgens are the sex hormones that produce male sex characteristics, although they play important roles in both males and females. One, GnRH, is produced by the hypothalamus in the brain. GnRH then affects the pituitary gland, which in response releases two other hormones, Folicle Stimulating Hormone (FSH) and Luteinizing Hormone (LH). These work together to encourage reproduction. FSH contributes to growing ovarian follicles that mature eggs in females and signals the start of spermatogensis (creating more sperm) in males. LH, on the other hand, allows the egg to be released from the ovarian follicle in females but like FSH, also initiates testosterone production in males. Both of these hormones are capable of being produced by gonads (sex organs) themselves as well as the brain.

In current research, human tests are in disagreement over whether testosterone decreases through cannabis use. Animal tests have been conclusive and mostly one-sided. In animal testing, both THC and the body’s equivalent endocannabinoids (anandamide) decrease testosterone. However mice without any endocannabinoid receptors at all also show decreased testosterone, meaning that the effect of the receptor is not as simple as “more endocannabinoid action equals less testosterone”. Additionally, THC lowered levels of circulating LH and FSH. Taken at face value, this would mean we should expect to see lower sperm count, lower sex drive, and lower fertility in cannabis users, however this does not necessarily take into account how the body reacts to that change. The chart below describes the proposed route of interaction, one in which an increase in endocannabinoids leads to a decrease in male sex hormones, which then tells the brain to stop giving so much importance to endocannabinoid signaling (and would therefore allow male sex hormone to re-adjust).

Switching gears, estrogens are female sex hormones that play a significant role in developing female reproductive tissue, from breast tissue to the tissue that lines and protects the ovary and uterus. Estrogens are also present in lower concentrations in males. Originally, noticing the way estrogens increased cannabinoid metabolization, researchers proposed that estrogen receptors might be the pathway of THC uptake. This is most likely where the myth that consuming cannabis could contribute to male breast tissue sprang from, since increasing estrogen can cause a change in breast size. However, when cannabinoid receptors and the endocannabinoid system were established more than two decades ago, researchers all but abandoned exploring this area, as it was clear that cannabis was *not* metabolized along the same pathway and had its own set of receptors. At this point in time, there is no evidence that consuming cannabis significantly increases estrogens in males. Regardless, reputable sources such as CNN continue to write about the possible interaction. Why? Perhaps for juicy news stories. However, these news sources are onto something, which is that there is still some connection. Increased estrogens increase anandamide synthesis, meaning that the body produces more of its own endocannabinoids. Thus, the path works in at least one direction, as illustrated by the chart below.

Please remember that these effects are not put into perspective in any fashion. For instance, even if cannabis can reduce sperm count, plenty of cannabis consuming dads father healthy children every year, and there are no known birth issues that result from cannabis smoking fathers. However, if you are a patient with an abnormally low sperm count, seeking alternative treatment may be a wise decision while trying to conceive a child. As always, the more educated you are about the food, pharmaceuticals, and natural medicines you are putting into your body, the healthier and more life-sustaining your choices can be. 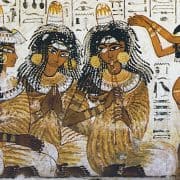 Do Women and Men Experience Cannabis Differently?
Scroll to top